The sleeping giant provincial park in Thunder Bay city of Ontario named after an impressive rock formation that resembles a ‘giant human figure lying on its back’. This 244 square kilometer park includes impressive formations of mesas and sills. The view of this remarkable peninsula from the city is truly breathtaking. 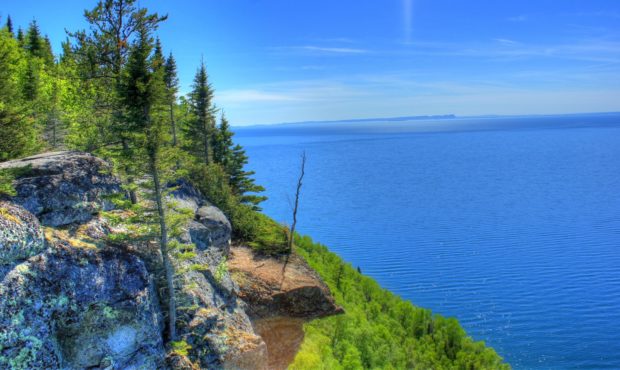 The Western parts of the sleeping giant national park include dramatic steep cliffs and valleys. Standing at 240 meters high these cliffs are the highest in Ontario province. The park contains more than 20 beautiful lakes. The Eastern part of the park also has connection to great Lake Superior, the largest freshwater lake in the world by surface area.

The incredible network of hiking trails in the park extends over 80 km. The visitors can also reach the top of the sleeping giant rock formation. It offers breathtaking views of Lake Superior and the park.

The sleeping giant national park also supports abundant wildlife. It is home to lynx, fox, wolf, moose and 200 species of birds. The park also offers many tourist activities such as hiking, canoeing, cycling, kayaking and camping.