Stretches between the provinces of New Brunswick and Nova Scotia, the Bay of Fundy is truly a natural wonder of Canada. This dramatic coastline is home to the highest tides in the world, rises to a height of 16. Meters. Every 12.5 hours more than 115 tons of water flows in and out of this bay. 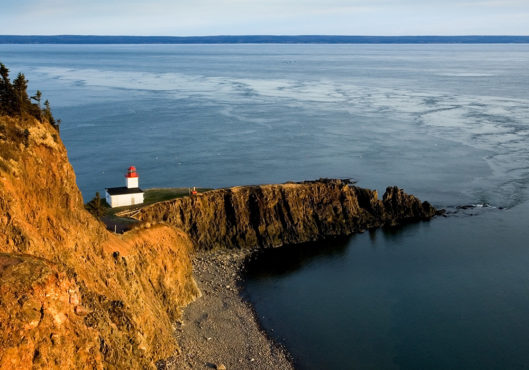 The resonance effect that actually causes the extreme tidal effects in the Bay of Fundy. That is the Bay of Fundy has a unique funnel like shape and immense depth. The water of this bay is also in perfect synchronization with pulling force from the Atlantic Ocean. The body of water is also narrower and shallower at the upper part. Thus the Bay of Fundy receives highest tides in the world.

The bay is also surrounded by impressive sandstone statues and rock cliffs. You can also see an impressive marine biodiversity in Bay of Fundy. It is home to 12 species of whales, seals, planktons, dolphins, crabs and many species of birds including puffins and sandpipers.